House of Nutrition uses cookies. Do you want to know what this means for your privacy? Then read our privacy and cookie statement.
agreementReject
The sports nutrition brand Since 1986
Free samples
Customers give us a 9.2/10 (1002)
Free shipping from € 75,-
Nederland België (NL) Belgique (FR) Deutschland España France International 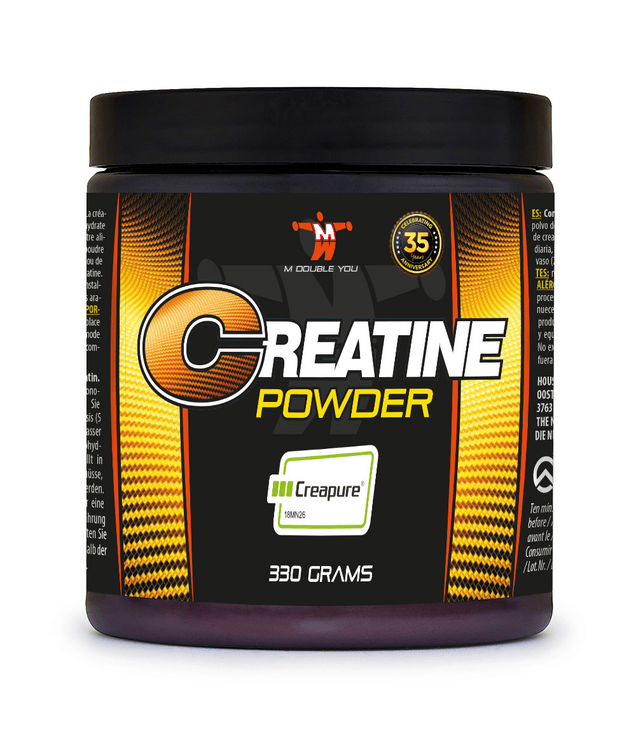 The Creatine Powder with Creapure® consists 100% of Creatine Monohydrate. This is the purest form of creatine powder that is best absorbed into your body. A must have if you want to gain lean muscle mass!

The Creatine powder with Creapure® from M Double You consists 100% of Creatine Monohydrate. This is the purest form of creatine that is best absorbed into your body. Creatine powder plays a major role in energy production. It increases physical performance during your training in successive series of short, high-intensity exercises. With Creatine Powder you get the most out of your training!

Creatine powder is often seen as a must have, in addition to proteins, and that is quite logical. Because you train harder and more intensively, you can grow faster and build muscle mass. A logical and good addition to this is to combine creatine with proteins, since your muscles have to recover in time and also have to endure more due to the effort. The beneficial effect is obtained with a daily intake of at least 3 grams of creatine.

As you can read, using creatine powder has many benefits. It is important to understand that creatine powder is a supplement, an addition to your daily diet. Due to the large amounts of creatine in the supplements, it is an easy and fast intake of these important substances.

Directions for use: We advise you to use the M Double You Creatine powder with Creapure® for a maximum of 6 to 8 weeks. After that you should take a rest period of 6 weeks. After those 6 weeks you can start the process again from the starting point. The so-called 'charging phase' is again very important here.

The nutritional values of M Double You Creatine Powder with Creapure®:

Ingredients
The ingredients of M Double You Creatine Powder with Creapure®:
Instructions

A dietary supplement should not be used as a substitute for a varied, balanced diet and a healthy lifestyle. Keep out of reach of children. Close tightly after opening, store in a cool and dry place. Do not exceed recommended dosage.

Add € 0,00 to your shopping cart for free shipping!

Congratulations! Your order will be shipped for free.

Your shopping bar is empty.

Order another € 20,00 for an extra cash register gift!

Order another € 50,00 for an extra cash register gift!

Delicious Sports Breakfast Sachet
Yes, this is my checkout present!

Shaker
Yes, this is my checkout present!

Power Pads
Yes, this is my checkout present!

Cap Shield
Yes, this is my checkout present!

Are you sure you want to remove this product from your shopping cart?

Your wishlist is empty.